Anton Cross (As You Like It, Stig of the Dump, Gentlemen of Verona – all Storyhouse Summer season 2016, Chester) has been cast in Arinzé Kene’s good dog which will open at Watford Palace Theatre before touring to Hexham, Manchester, Huddersfield, Didcot, Newcastle, Ulverston, Birmingham and London. 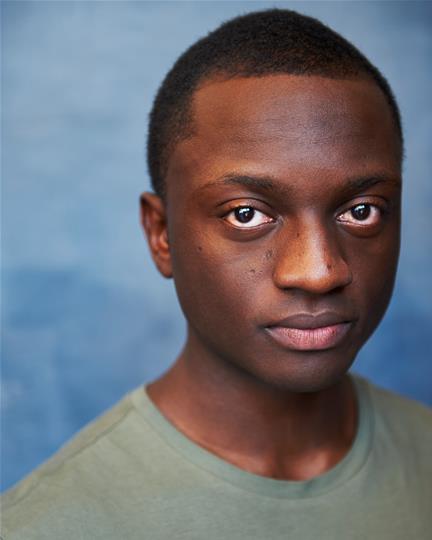 Anton is a gifted graduate actor whose credits include As You Like It, Stig of the Dump, Gentlemen of Verona (Storyhouse Summer season 2016, Chester), No Villian (Old Red Lion), Emperor and Galilean (National Theatre) directed by Jonathan Kent, The Occupied Times (Arcola Tent) and Our Town: A Kingston Story (Rose Theatre).

Delicately observed and fearlessly told, good dog chronicles Britain’s multicultural communities and the everyday injustices that drive people to take back control. Kene’s initial inspiration for good dog stemmed from a desire to imagine what drove his friends and community to riot in the summer of 2011 – in London and beyond – but it has become a chronicle of a community struggling to survive and fighting back.

Natalie Ibu, director of good dog, comments, "Anton is a gifted graduate actor. He’s thoughtful yet playful and this matched with the exhilarating craft of Arinze’s writing will make for an entertaining night full of courage, vulnerability, humanity as Anton takes us back through the noughties as boy."

The tour announcement comes at a pertinent time. On 5th December, the BBC aired ‘Lawful Killing’ - a 90-minute documentary with dramatic reconstructions of the police shooting of Mark Duggan in Tottenham in August 2011. The incident triggered the country’s worst riots in living memory, the impact of which extended far beyond the Duggan family and the community of Tottenham. Duggan’s shooting continues to resonate more than five years after it occurred.

Arinzé Kene (star of critically acclaimed sold out One Night in Miami at the Donmar Warehouse, winner of Best Supporting Actor at the Evening Standard British Film Awards and BIFA nominee for Best Supporting Actor for his performance in The Pass) returns to writing for theatre for the first time since God’s Property in 2013. In this vivid, high-energy monologue, Kene tells of community, growing up in a diverse area unified by class and survival, and what happens when you lose faith in being good.

When prejudiced voices are amplified, the arts must remind us of the humans obscured within the propaganda storm. good dog is a clear human voice which tells those important intimate stories in a troubled landscape. good dog is a true epic - spanning multiple characters, families and years. This richly imagined, political and personal piece of theatre introduces an overlapping network of rich characters and stories that explore significant issues for today such as social decay, institutional racism, drug abuse and bullying.

E: This email address is being protected from spambots. You need JavaScript enabled to view it.